The Benefits of Catenary Lighting 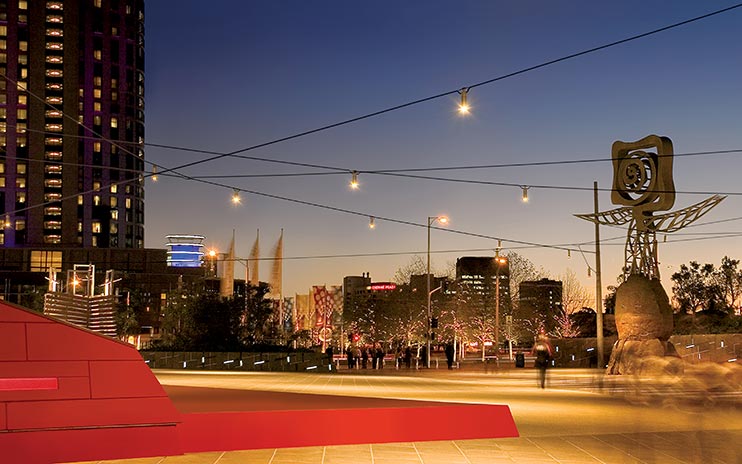 With the pressures of ever increasing urban density and the need to make best use of all public spaces and assets, catenary lighting solutions allow the non-obtrusive adaptation of public spaces. The benefits of these installations are many and varied:

LIGHTING
Catenary lighting allows us to position luminaires exactly where the light is required creating directional light focus as well as artistic shadow. Often the shadow is as evocative as the light itself, the two working symbiotically to develop an inviting and warm environment in stark contrast to flood lit areas, which can be cold and sterile. The accuracy of catenary lighting allows a reduction in light intensity to illuminate a given space. It significantly improves light spill, minimising light pollution and energy consumption.

INCREASED PUBLIC USE
Lighting areas from overhead cables increases the usability of the public footprint as a greater area is gained, free of obstructive poles and structural supports. The illumination of common areas not previously lit, or flood lit, with suspended catenary systems creates a welcoming atmosphere for public spaces at night, increasing night-time use and maximising the capital return of the community asset.

IMPROVED SECURITY
Encouraging night-time use with improved lighting and atmosphere creates a safer environment. The combination promotes security, as more people use the space and gravitate towards well-lit spaces Illuminated accurately from above.

SOCIAL & ECONOMIC IMPACTS
The introduction of catenary lighting or a new installation of public art helps rejuvenate public spaces, encouraging people back into the area and increasing general patronage. Providing an inviting and interesting breakout space in dense urban areas promotes the overall health and wellbeing of a city’s occupants. 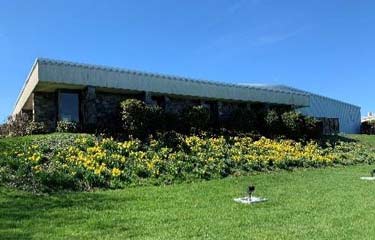 Top
We use cookies to enhance your experience whilst on our site, and improve our services by analysing our site traffic we also use them to enable social media features.
By closing this banner, scrolling or clicking a link or continuing to browse you agree to the use of cookies.AcceptRefuseCookie Policy
Revoke cookies